JOIN THE LISTENER ADVISORY TEAM!
HOW CAN WE PRAY FOR YOU?
Facing a struggle? Need a friend to pray with you? Let us know how we can pray.
PRAYER WALL
Previous
Next 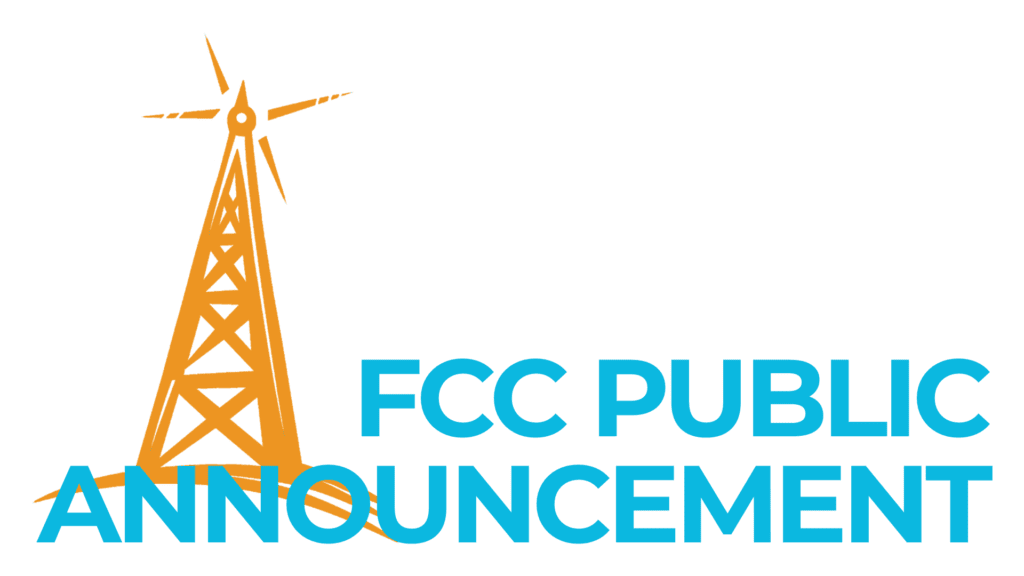 On November 9th, 2021, Way Truth Life Radio, Central Pennsylvania Christian Institute, Inc., of WTLR, 89.9FM, State College filed an application with the Federal Communications Commission for 9 new NCE FM Construction Permits. Members of the public wishing to view these applications or obtain information about how to file comments and petitions on the applications can visit the following FCC website page:

HERE
Send Me Scripture of the Day Everyday! 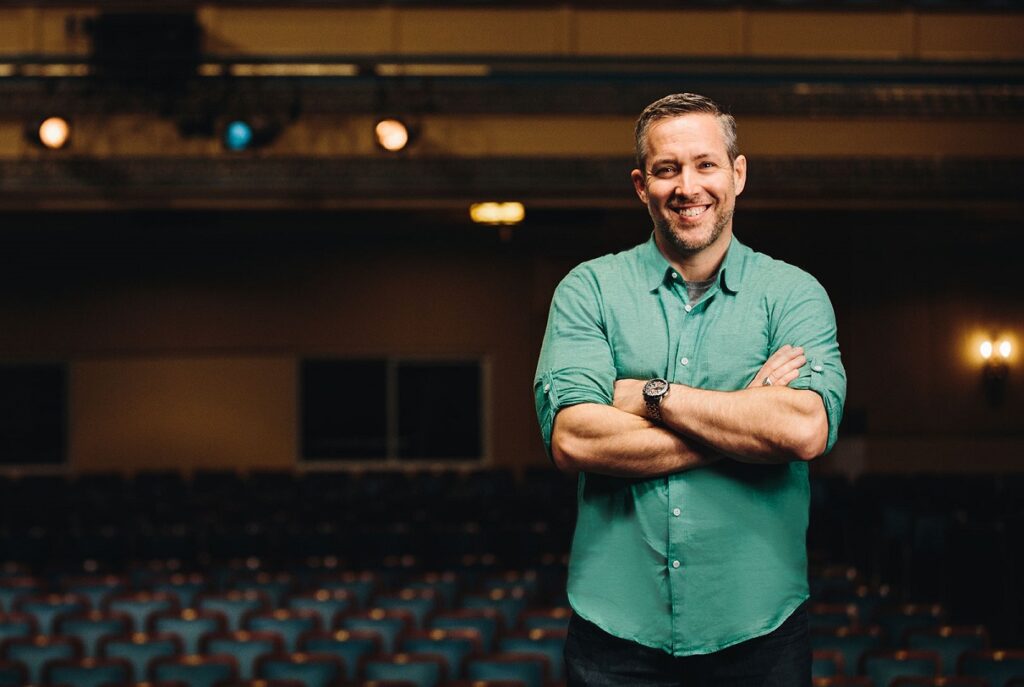 GET TO KNOW OUR FEATURED PROGRAMS

Way Truth Life Radio is focused on bringing the truth of Jesus into the lives of our listeners and radio family. We want to encourage you through truths of God’s word and continue to strengthen your relationship with him each day.

SEE WHAT PROGRAMS OUR STATION OFFERS 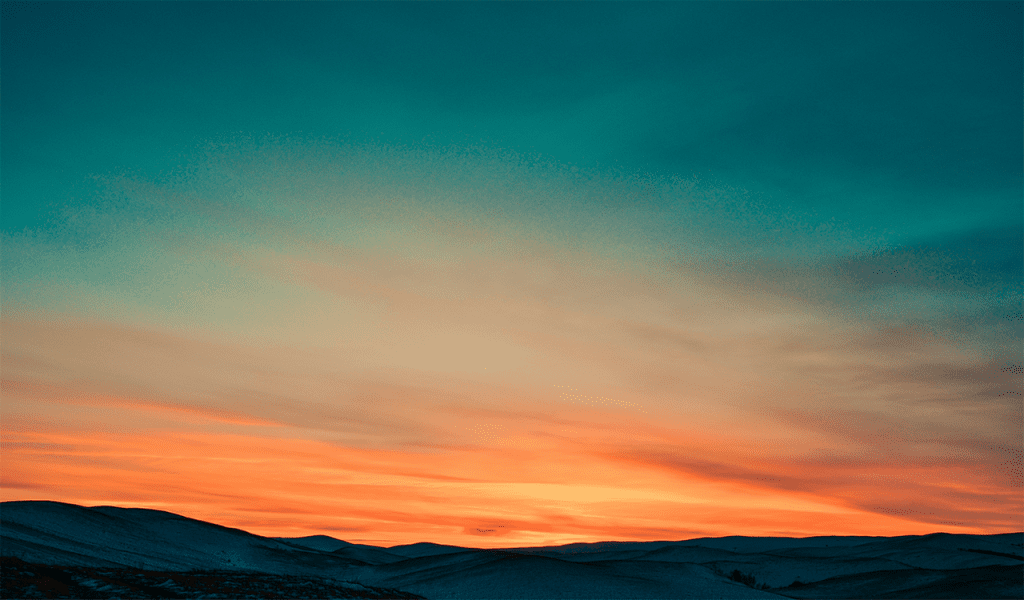 YOUR BUSINESS OR ORGANIZATION FEATURED HERE!

We offer radio-sponsored events as well as local community event submissions that are within our listening area. See what is happening near you! 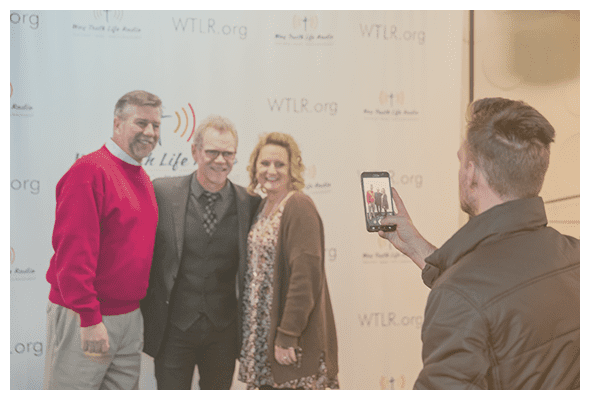 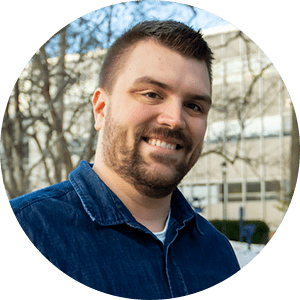 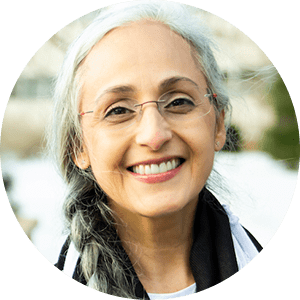 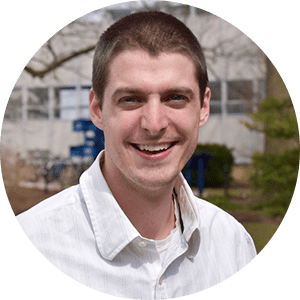 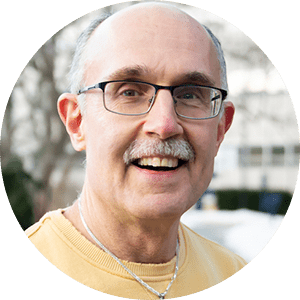 GET TO KNOW Us More through

WE ARE PASSIONATE ABOUT STORIES

One of the greatest pleasures of being a Christian ministry is that we get to hear people’s stories. Nearly everyday we hear new stories and get to know people within our listening area on a personal level. We love being a part of these stories, even if it is a small part.

TELL US YOUR STORY 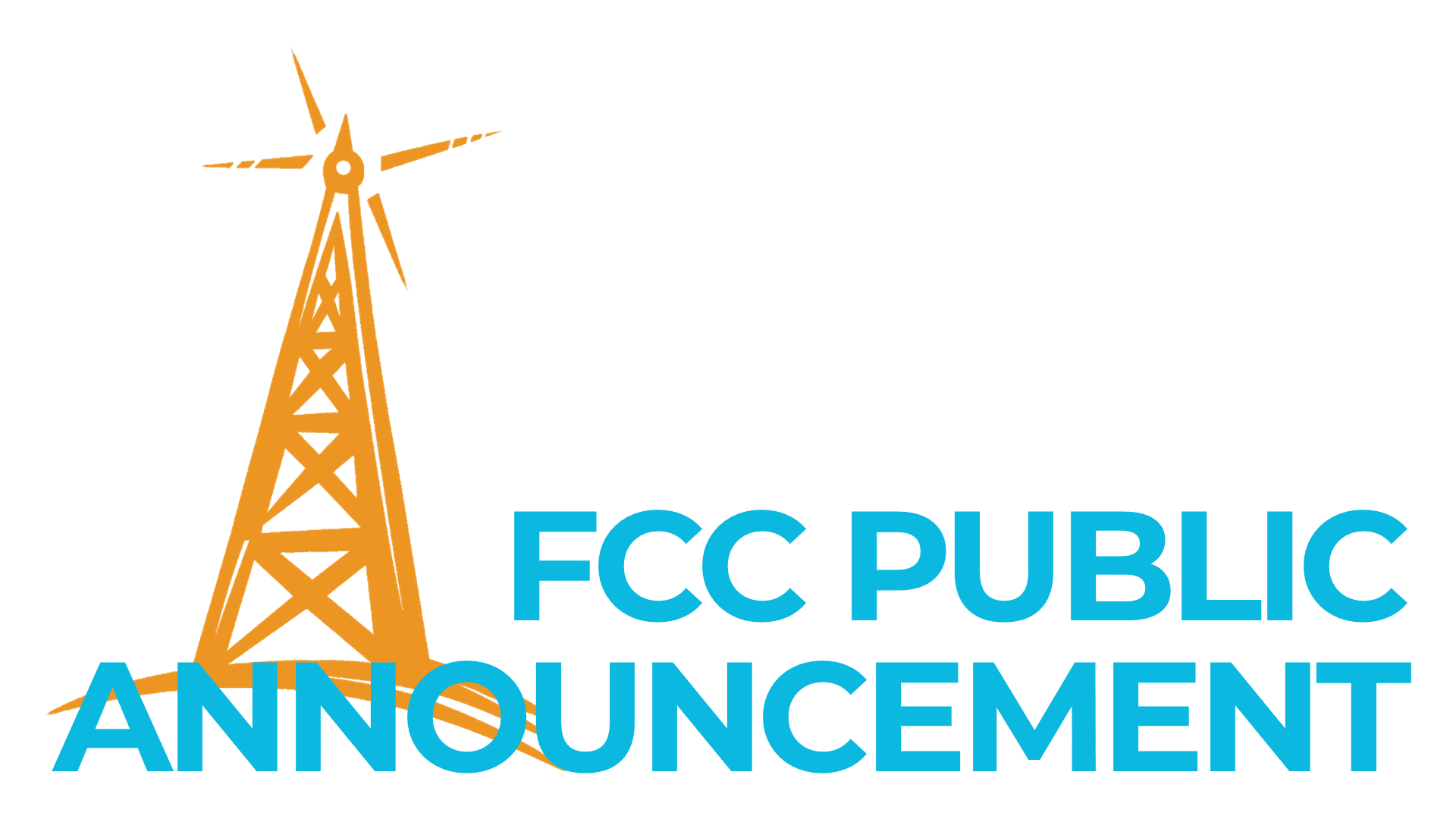 On November 9th, 2021, Way Truth Life Radio, Central Pennsylvania Christian Institute, Inc., of WTLR, 89.9FM, State College filed an application with the Federal Communications Commission for 9 new NCE FM Construction Permits. Members of the public wishing to view these applications or obtain information about how to file comments and petitions on the applications can visit the following FCC website pages listed

Would you like to receive Scripture of the Day delivered right to your phone everyday? With the Way Truth Life Radio mobile app it’s easy!

receive scripture of the day through email

Do you remember the little boy that you used to see running everywhere he went? The little boy who never possessed an “inside voice”, and was constantly spilling his drink at the table? That was me. Thank you for having patience while I developed the ability to control my energy.

I grew up in a small village in Ohio called Iberia. It was a “village” because our two stop signs, gas station, and post office weren’t quite enough to bring us up to “town” status. Our family was made up of my dad Jeff, mom Robin, sister Emily, myself and a various assortment of pets throughout the years. We always lived within a short walk, or drive, of all of my extended family, and I wouldn’t have wanted it any other way.

It was in my early childhood that my Mawmaw explained to me what Christ had done in her life. She was the one person in this world that I admired most. I wanted to be like her, and wanted to experience the grace that she beautifully described. One morning, in her dining room, she lead me in a prayer to accept the gift of salvation. She went to be with the Lord in 2006, but her legacy continues on in the impact she made for the kingdom.

After roughly 20 years I went to Mount Vernon Nazarene University where I received a Bachelors of Radio and Video Broadcasting. But the degree was only the second best thing I received in college. After three years of friendship, I finally got up the nerve to ask out the most beautiful girl on campus, Stephanie. Three month’s later we were engaged, and three months after that we were married. Spending my life with her is such a joy. Together we have three sons, Jeffrey, Rocky and Benjamin.

After college I worked at Dr. James Dobson’s Family Talk for a year. It was an amazing learning experience. While I was there I couldn’t help but to catch Dr. Dobson’s passion for the family and for children. I hope that every day I can become a better leader, husband, and father. With that comes a passion for the sanctity of life which has been instilled in me from childhood.

Most of my free time is spent playing with my sons, or watching a favorite tv show with my wife. I also love playing basketball, building legos and watching one of my favorite sports teams. (Go Browns, Cavs, Indians, Ohio State Buckeyes, and yes… Penn State).

I started in radio at WTLR in August of 2010. Prior to radio, I had the opportunity to work as the registrar at Camp Kanesatake for three summers, and I have since rejoined the staff at Camp K.

I was born in Bogota, Colombia, went to boarding school in South America, and grew up in Central Florida. For 20+ years I worked for Mickey Mouse.

My first job for the Mouse was selling ice-cream in Fantasyland on the weekends, then on to being a monorail pilot for a few years, leading into working for guest relations, which ultimately led to international marketing. I traveled to foreign lands to spread the news about the happiest place on earth both for Walt Disney World and Disneyland. I can remember the first time I saw Cinderella’s Castle in Disneyland; I was overwhelmed with how small it was, then I was overwhelmed to know that I was standing where the history of the Mouse began.

I lived a life where work was my God; I was consumed with the pursuit of corporate endeavors. Finally in 2006, I visited my family in Pennsylvania to recover from depression and anxiety.

Within weeks of coming to Pennsylvania and with the help of a loving church, I came to accepting and understanding a personal relationship with our Lord Jesus Christ. It was His unfailing love that healed me. I was fortunate to take a sabbatical of a few years to learn all I could about our great Savior. My thirst for His word taught me many lessons and opened my heart for unreached people groups, people who have never heard of our Savior, Jesus Christ. I have taken a few short term missions trips, most recently going to Egypt.

There are so many scriptures that are life changing for me, but one that I hold dear is Matthew 24:15: “And this gospel of the kingdom will be preached in the whole world as a testimony to all nations, and then the end will come.” I pray for workers to be raised up to go into the harvest, to areas that have never heard of God, their Creator and Savior, and then the end will come.

I grew up as a Lancaster County boy loving the beauty of the countryside. Now that I’m a little older – although still a kid at heart – I’ve come to enjoy God’s creation through hiking and backpacking.

I’m extremely grateful to my parents who raised me knowing who Jesus is and what he did for me. I can think back to early conversations with my parents sharing with me the importance of accepting Jesus into my heart asking me if I had made Jesus my savior. “Yes,” I told them “I’ve done that.”

I continued with my faith journey into college where I attended Edinboro University. I couldn’t have gone any further away from home and still been in Pennsylvania!

I can confidently say that if God had not pursued me in college I wouldn’t be where I am today. God really called me to himself and I had the chance to make my relationship with him a very personal one.

My renewed relationship with God wasn’t the only life changing event that happened at college. Besides earning a Bachelor’s degree in Broadcast Journalism, Edinboro is also where I met my wonderful and beautiful wife, Rachael. We married on a small South Carolina island in May of 2016 with our feet in the sand.

At this point I was two years into a career in Country Music in Ridgway, Pennsylvania. We liked the area and loved the people, but two years later God brought that chapter of my life to an end. God spent the next year telling me to trust in Him because he had great things planned.

As he always does, God fulfilled that promise when I landed here at Way Truth Life Radio. I know God has more great things planned through this ministry, but I wouldn’t dare try to guess all the things He has planned. I’ll just look forward to hearing His voice and going as called.

If you run into me outside of work I’m either with my wife, my dog (Zion) or watching the Green Bay Packers. If I’m doing anything else, please help me because I’m clearly lost.

I was raised in a family of 4 boys, in the town of Wall, PA, familiar to some for being the home of Cornerstone TV. My family attended a Byzantine Catholic Church, where we learned to honor and respect God, but no mention of having a personal faith in the Lord Jesus.

I was faithful in my church attendance up until my college years at Penn State.

My first encounters in Central PA were on the long 3-hour drives with my dad as we would take my brother George to his residence hall during his time at Penn State. I also attended there, and graduated from Penn State in 1979. During my time at the University Park campus I lived in the Nittany Barracks, a group of buildings that had been used by the military going back to the days of World War II. These residence halls would only be considered cool by a college student. The buildings were replaced a number of years ago, so I can’t enjoy them again when I take an occasional nostalgic walk on the campus.

I got into broadcasting back in 1981, after getting some basic training in this field via the famous Columbia School of Broadcasting. My first job in radio was in a very small station in Sutton, West Virginia, WSGB. This station had a format of country in the morning, adult/contemporary in the midday, and hard rock in the evening. We also had a feature entitled Deepest Sympathies, which had the announcers reading the local obituaries.

Over the next 5 years I worked at a couple of other stations. Then in 1986 I moved to State College to work at a station that was just starting up, WZWW. While at this station I became familiar with WTLR and a number of people who were involved with it. Also during this time back in 1988, after visiting a local church a couple from the church paid me a visit, and presented the Gospel via the Evangelism Explosion method, and I came to know Jesus as my Lord and Savior.

I came to work at WLTR in September of 1989. For over 25 years I have done about every aspect of radio: DJ announcing, news, and various types of production. I’ve gone from records and reel to reels, to uploading and downloading audio files on the computer. I thank the Lord for allowing me to be a part of this ministry for so many years. I’ve truly been blessed through this ministry.

WE WOULD LOVE TO HEAR YOURS!