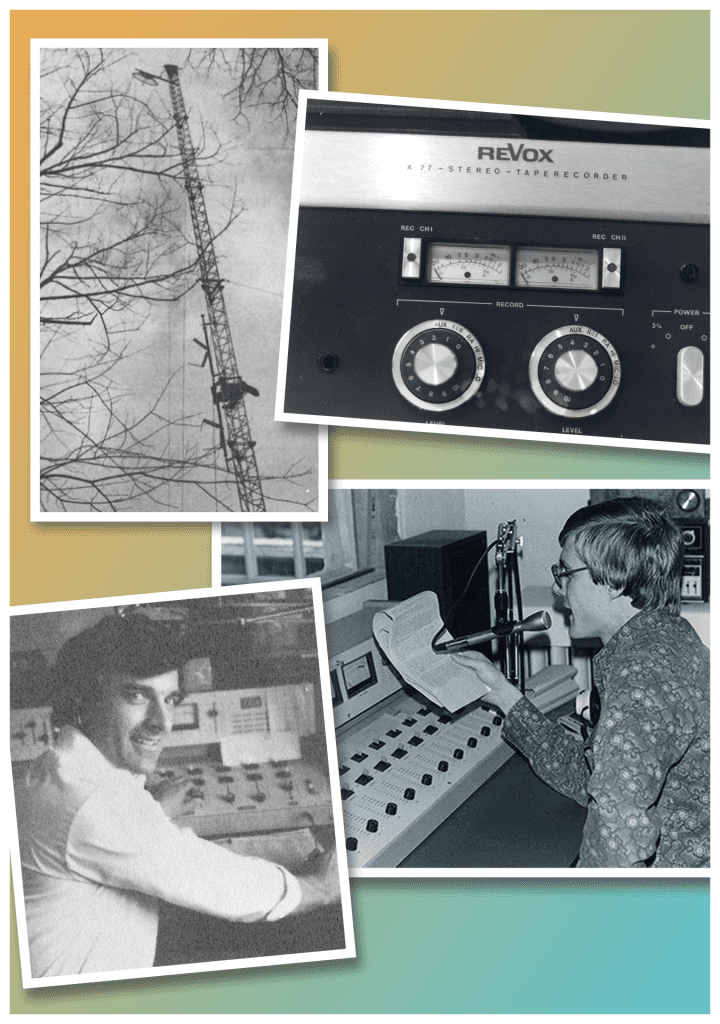 Early in the 1970s, on a trip to the American west, State College resident, Edgar Palpant enjoyed listening to a Christian radio station and was moved of the Lord to lead an effort to establish a similar station in his hometown. As he shared his vision for Christian radio with others there arose in their hearts too, a desire to see the dream come true. Soon an effort was underway to make it happen, and in June of 1976 the Central Pennsylvania Christian Institute (CPCI) was established as the legal entity that would apply to the FCC for the license to operate Way Truth Life Radio (WTLR).

There followed a long season of earnest supplication to the Lord and hard work until 1:30 pm on January 1, 1978, WTLR’s transmitter, then perched atop the Bald Eagle ridge near Stormstown, sent its powerful Christian signal from rented studios into hearts and homes throughout Central Pennsylvania over 89.9 FM.

As is often the case, the fledgling ministry, though aloft, was unsteady in its flight, but despite some early problems, the hand of the Lord was upon the work. Within a few years, growth in audience and financial support indicated that WTLR had been warmly welcomed by a significant number of Central Pennsylvanians. But the story of CPCI’s growth was just beginning.

From its early days CPCI’s leadership understood the need for a permanent home for the ministry, but that awareness came into crisp focus when the owner of the property we were renting announced that he needed space for his growing business and would not renew our lease. Sometime earlier the Board had purchased a lot in an undeveloped area just south of State College Borough, but plans for building there had been shelved due to an inability to raise the needed funds for a building. But when an earnest search for affordable rental space proved unfruitful, it became clear that God was leading us to build on the ground we owned at 2020 Cato Avenue. Soon after the ground was broken we watched in amazement and great anticipation as our new home took shape. It was not long until a fine new building stood in what had not long before been a cornfield, but there remained a lot to do to turn that building into a radio station. With great patience and skill, the bare rooms were transformed into studios in 1986 from which the gospel sound could go forth. 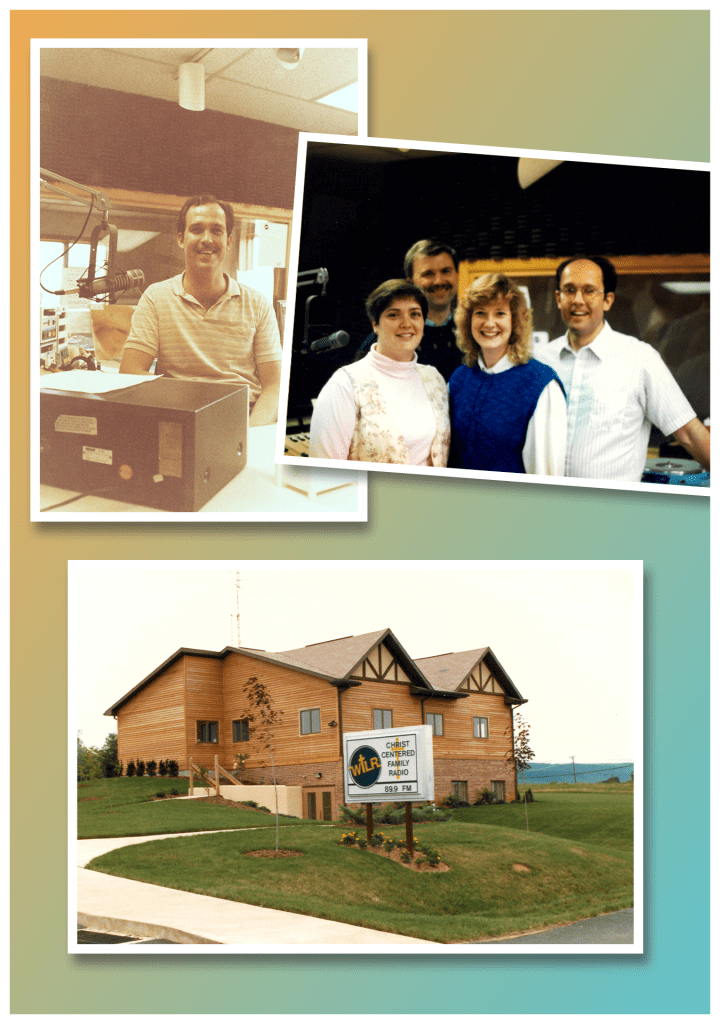 In 1992 a long sought petition was granted when the FCC notified us that our request to increase WTLR’s power and relocate the transmitter had been approved. This was the culmination of a very long and often disappointing struggle with the FCC to obtain permission to boost WTLR’s signal strength. Our appeal for funding to accomplish the move, dubbed Operation Mighty Voice, was greeted warmly by the many friends of Way Truth Life Radio and soon the funding needed to make the move was made available.

According to all the engineering studies the move would vastly improve our coverage area and expand listenership. It did, but along with the general improvement to most areas there came diminished service to a key segment of our established audience. For years, Way Truth Life Radio had been a favorite of many Big Valley residents; now, due to topographical interference, many of our good friends there did not receive the station as clearly as they had before. Their appeal came through loud and clear: “Please do something to provide a quality signal to the Belleville area”, they said.

It was just about that time that our Director of Ministries had a visit from the owner and operator of WQJU-FM 107.1, Mifflintown, who informed us that he sensed the Lord was leading him into a new area of ministry. This meant that he must sell his Christian formatted station. Were we interested? We were, and in the end a very favorable deal was struck, and we both got what we needed. He was relieved of the burden of running his radio station almost single-handedly, and we had the means to send a high quality signal into an area degraded by the move. We were all delighted that WQJU would remain a Christian station using its influence to advance the cause of Christ. 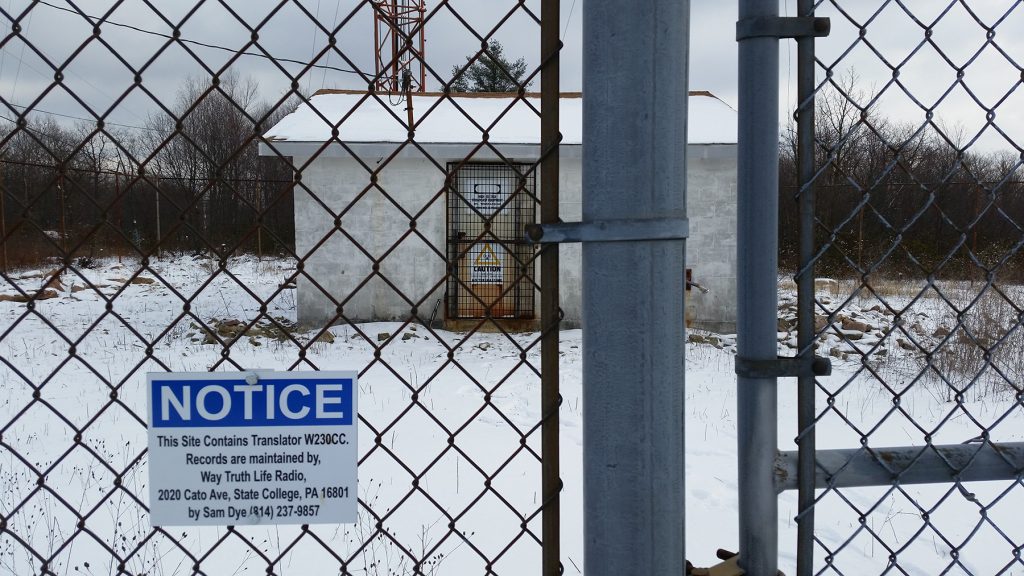 Over a period of years, many of our listeners in the greater Altoona area made requests for a stronger signal. On January 13, 2014 we added the W230CC Altoona translator on 93.9 FM to our network.

In an effort to expand our broadcasting footprint in Central Pennsylvania, CPCI negotiated a purchase of WPCL 97.3 FM Northern Cambria from He’s Alive Radio. He’s Alive was in the process of divesting themselves of their stations. After considering the multiple stations that were available, the Northern Cambria station seemed to be the best fit for CPCI with its reach into Cambria and Indiana counties. On January 24, 2014 we closed on the purchase and took over broadcasting.

About this same time, we were reevaluating our programming in order to modernize our sound and appeal to our core demographic. The changes to music and Bible teachers were well received.

And where will CPCI go from here? Only the Lord knows, but we are confident that in His time, He will reveal His will and open the way to us. If further growth is in God’s plan, then we are sure He will provide the resources and people needed for the work He has called us to perform. We will yield to His Lordship and follow where He leads. From its earliest days this ministry has operated under the awareness that it is not our work, but His, and we remain true to that conviction. Like Paul who testified that he had learned to be content whatever his circumstance, we are comfortable in the will of our Heavenly Father, certain that what He does, and where He leads is what is best for us.